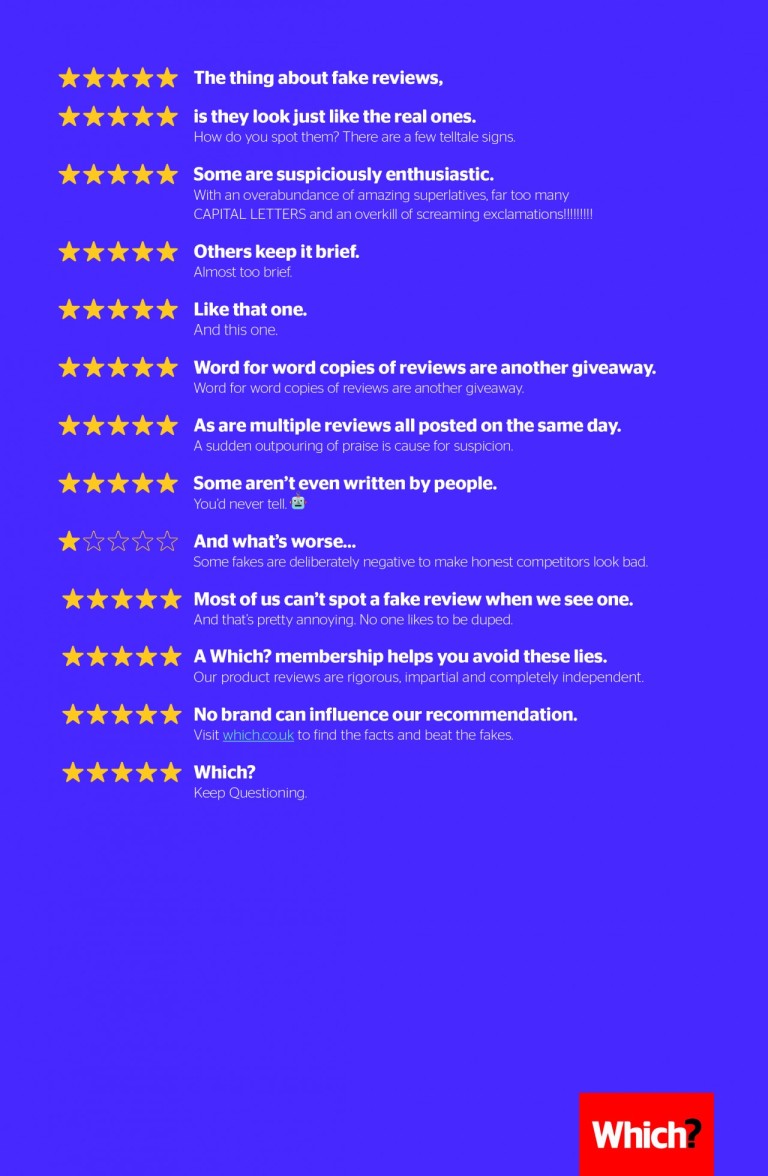 The one-liner: Which? tackles awareness of fake consumer reviews with clever copy.

The context: In an age of fake news, Which? is reiterating its position as the go-to place for trusted reviews by highlighting how easy it is to forge them. The ads have been placed at London’s most popular train/tube stations, appear in print via a partnership with the Evening Standard, on radio through another with LBC/Global and are supported by an editorial investigation that’s been published online and in the Which? magazine. The latter is a heavy-hitter, as this uncovered two large Facebook groups of 87,000 members potentially engaged in writing fake reviews. 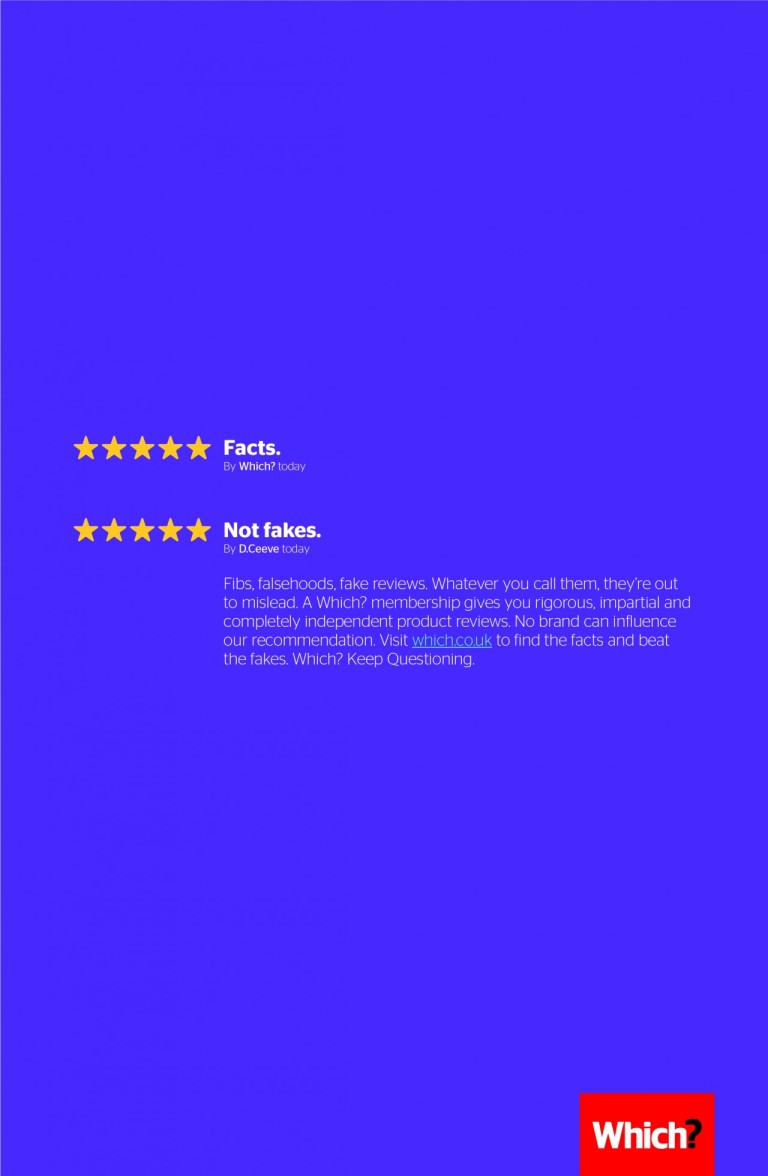 Why it’s great: The multi-strand publishing strategy is what gives this legs, the clever design & copy from Grey London is what makes people notice and the research keeps people talking. For me, it’s the tube placements that really sing. The lack of total visibility (given that you’re ten feet away from the boards) works in their favour, and it’s the ‘double take’ effect that really made this campaign stick in my head.

The takeaway: This is a pitch perfect example of where great content and great publishing come together to do something smart. One can’t exist without the other.